The 9 Best Beaches in Europe

You're spoilt for choice when it comes to finding a European beach to lay your flip flops. 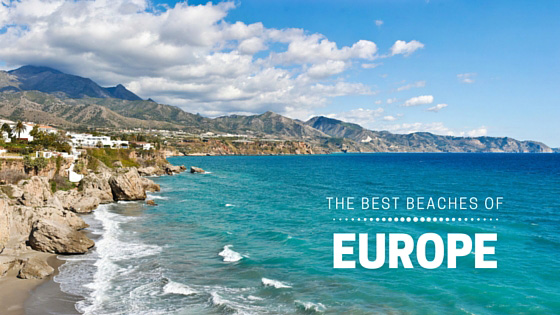 Europe's beaches rival the world's best and cater for everyone, from family-friendly bays, isolated coves and wild coastal stretches to surfers' paradises and party hotspots. There are hundreds of picture-perfect beaches across the Greek Islands, this is but one glorious example. Deep turquoise sea, smooth white pebbles, a beautiful bay; all dramatically positioned at the foot of two remote mountains - Agia Dynati and Kalon Oros. This chic, sheltered and exclusive Riviera beach is favoured by the rich and famous and those who want to be near them. Half of the beach is open to the masses, where you pay good money for your sun lounger and parasol overlooking the super yachts in the bay. You may just spot Brad Pitt in his Speedo. Crystal clear waters, golden sands, a sheltered bay and plenty of sea life (including turtles) for a spot of snorkelling... this remote Italian island in the Mediterranean Sea south of Sicily is a beach paradise for sure. England's most south-westerly county probably has more stunning beaches than any other in the country. As well as being a magnet for water sports junkies, families have loved Cornwall's beaches for generations. Porthminster Beach in St Ives has got everything you need for a fab family seaside day out: buckets and spades, windbreaks, ice creams, clean golden sands, sparkling seas and awesome views over the bay to Godrevy Lighthouse. If you like your sun, sand and surf with a serious serving of hedonism then Super Paradise is your destination. Fabulous people of all styles flock to this idyllic spot for the best beach bars and nightclubs in the Greek Islands. The action starts during the afternoon and keeps on going. Clothing optional. Beaches don't come much more dramatic than Dingle on the Wild Atlantic Way on Ireland's west coast. This is the place to come for rugged, rocky, ocean-thrashed shores, unique flora and fauna, ancient ruins, the freshest of air and Europe's most westerly point. Portugal is home to some of Europe's best waves, and surfers love the powerful swells at Peniche. Perched on a headland at the very north-western tip of the country, this is the place for wave-riding in a spectacular setting.

Did we miss one of your favourite beaches in Europe? Let us know in the comment section below! If you're planning on exploring Europe's best beaches with your little ones in tow, be sure to check out UK school holidays page, so you know the best time to get your exploring caps on!