A trip to the capital may be in order. 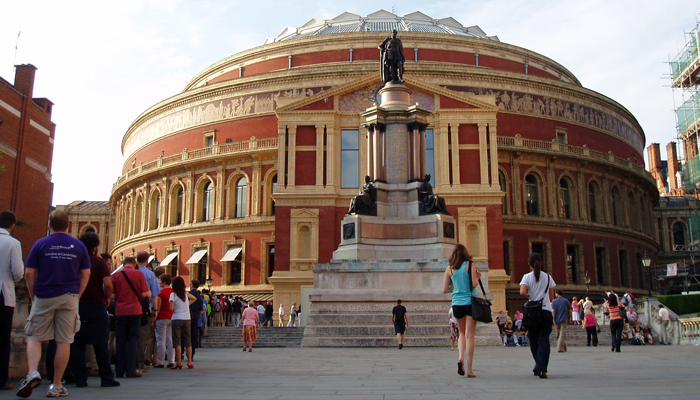 There's a whole heap of activities and events in London this year, for tourists and locals alike. Read on for our suggestions of what to pencil in on your calendar for 2015...

The Business Design Centre in Islington is the venue for the 2015 London Art Fair, where you can browse photographs, sculptures, paintings and ceramics from the early 20th century onwards. Come with your credit card for some serious interior design investment, or you could just wander around and appreciate the collections.

There will be Russian themed events in many parts of London, including the Maslenitsa Russian folk festival in Trafalgar Square; a mixture of orthodox religious celebrations and a pagan festival to mark the end of winter. You can watch Russian folk dances, listen to music and sample traditional Russian food, from Blinis to Beef Stoganov.

Who needs Milan and Paris when we have our very own London Fashion Weekend? A showcase where fashion and beauty brands will introduce us to this year's top styles and trends. From catwalk shows to shopping opportunities, this event is perfect for a girlie weekend in London.

You really know spring is on its way when the Oxford and Cambridge Boat Race takes place on the Thames. This exciting boat race has been contested since 1829 and holds a hallowed place in the hearts of the British. You'll need to be on the banks of the Thames between Putney and Mortlake to join in the revelry and watch each University crew do their utmost to trash the competition.

For a true sensory experience, a visit to the Chelsea Flower Show at London's Royal Hospital Chelsea won't disappoint. You can wander around garden displays, garden designs, and discover plant varieties both old plants and new. This year the show has a WW1 theme, with many of the exhibits paying homage to those that fell.

If you're after a bit of pomp and ceremony then The State Opening of Parliament may be just your thing. You can watch the Queen and the Duke of Edinburgh make their way from Buckingham Palace to the Palace of Westminster, where the Queen formally opens the new session of Parliament at the House of Lords. With everyone in their finest regalia, this makes a stunning spectacle.

Another notable royal celebration is the Queen's official birthday: Trooping the Colour. This is a military parade that dates from the early 1700s and makes its way from The Mall to Buckingham Palace, with a gun salute and flypast by the RAF.

Foodies will love this five-day festival in Regent's Park. You can try the menus of some of London's top restaurants, take part in cooking demonstrations by the likes of Michael Roux Junior, and sample designer beers and fine wines.

Running from July until September, taking place at the impressive Royal Albert Hall, you can come and appreciate some of the finest classical music in the world. These promenade concerts vary from the highly traditional to more avant-garde including, of course, the famous Last Night at The Proms.

This is a celebration of London's South Asian culture at Gunnersbury Park in Ealing. You'll enjoy music and dance, nibble on South Asian cuisine, or get stuck into crafts. The festival finale is a dramatic firework display that makes a fantastic end to the school holidays!

Unique to London, the Pearly Kings and Queens are a longstanding tradition, whose status is passed down from generation to generation. It all began with an street cleaning orphan who sewed buttons onto his clothes to raise money to help the needy. Come and see them in their full glory, wearing dark suits covered in eye-catching buttons.

This year will be the 800th Lord Mayor's show; a true celebration. Listen to professional marching bands that play everything from jazz to traditional music - and follow the procession to its end, at yet another spectacular fireworks display over the Thames.

Written by Paula Gardner. Paula is a travel writer and blogger at Soothed in the City. Paula's passion is mindful travel, using as many senses as possible to deepen the travel experience. She loves street markets, learning how to cook regional food, trying local wines, and chilling at pampering spas. Follow her on Instagram and Twitter. Top